Business owners? Do you want an unfair advantage over your competitors? Do you want to dominate in your area of expertise? You are listening to Business Life Hacks. Learn to influence consumer psychology and shortcut your way to business success with tips, tricks, and hacks from award winning digital agency J Marketing.

Today we’re going to talk about effective client communication and how to be a really valuable producer, account manager, account director, even business owner. Because as Warren Buffett says, you can increase your personal value to an organisation far beyond what you will be able to get from an MBA or any academic course if you invest in your communication skills. In fact, he estimates a 50% upswing. So today I want to talk about the two skills which all of our account managers are trained on and it’s the single easiest thing you can do to be an effective communicator. So let’s give some background. First, most people do not coordinate their thoughts and so when a customer is talking to you, they’ll probably mention ten different things. They’re not in order and quite often it will be a roller coaster of a story. Now, if you engage in that conversation and by engagement and try to solve everything as it comes up, you are asking for a hiding. It’s not going to be received well and it’s got to be received well because you haven’t shown your customer that you understand and you haven’t helped your customer to organise their thoughts.

And I think that’s the best way to explain this is let’s help our customer organise their thoughts so they give us ten different problems that have come up. Oh, and I noticed this and I noticed that we talked about this yesterday. Okay, first things first. I’ve listened to you and as I understand it, the most important of everything you’ve mentioned, which does relate to a lot of the others, is X is the problem. So if we can address that first, that’s the biggest folder moved. Would you agree? Yes, I should say. And make sure you summarise that problem back to them because in our industry, clients often use buzz terms incorrectly. They will also often conflate issues and not fully understand. They might not even remember the history of how you got somewhere. So instead of jumping over yourself to confuse them and jump in on their story, repeat back to them what their understanding of it is, try to get into their reality. So that number one issue that we spoke about is X and you’re generating it by doing Y and this is affecting you in this way. You’re worried about it because of these things.

Okay, when the client says yes, exactly. Now, and only now, should you start talking about solving the situation. In our first two steps here, we’ve identified what the problem was and we have a full understanding of their reality and we have an understanding of what the most important problem was. If there’s quite a few of them, so we’ve helped them to prioritise their thinking. Now, if you taking them or someone else in your company through that issue is the next step, and it most likely is, don’t bury the lead. This is a mistake that most people make with communication. We get into the story, but we don’t tell people what we’re going to tell them. In a lot of circles, this is called preframe, and preframing sounds complicated. It’s actually the opposite. It’s treating people like what I was going to say, like they’re idiots. But it’s not that they’re idiots, I think it’s more that they are busy and their minds are likely to wander. For instance, how often have you started a story or even a joke and someone’s jumped in halfway through on something unrelated and it’s totally ruined your flow? Well, it’s not just your flow that’s being ruined, it’s theirs, because they’re not following your story.

Oh, it’s so frustrating when you’re trying to tell a good joke and someone’s just killing us by interrupting. Well, the same skills apply in business as in good storytelling. Tell them what you’re going to tell them in a summarised version and then tell them the story. So something that happened today, one of my producers launched into this big, long story and then at the end of it started telling me the three questions he had. And like a normal human bear, I was finding it very hard to follow because my mind was jumping to, oh, we can solve this. Oh, I don’t think it’s hosted here. And those things had nothing to do with the problem. What he should have done was say, josh, there’s three considerations for what we’re talking about earlier. One is that it’s going to take us some time to complete the cart, which means that if we actually do this work we’re talking about, it’s going to push projects X and Y back a few days. Two, I believe we have actually spoken previously about making this cart change in version one. One, so perhaps we don’t need to do it all.

And three, I’m not sure remember what three was now, but whatever it was. And then, if it’s still necessary, he can launch into the story, telling me the history and the background and all of the other things, which took him quite a while to tell me. But because you’ve organised the thoughts and you’ve summarised what you’re going to say, it actually helps your brain to condense the story and use less words and it helps the customer to listen. Thought, okay, I know the three things we’re trying to get at our goal here. I won’t get distracted by the background information. So how to think about your business life, in fact, how to think about your social life. If you were using these skills, how would that help the person listening to you to engage better and to follow what you have to say about? And really, how does that position you as the solution, not a hindrance? Leave your comments below. If this is on YouTube or in one of the other various forums, I’d love to hear them. And if you have any questions, email me Josh at jmarkising agency. I’d love to engage and find out what your reality of effective communication is. 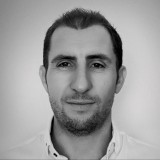